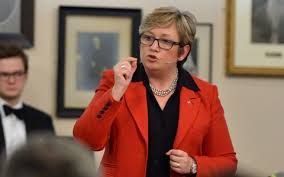 Many of my constituents will know that I have been pursuing the Transport Secretary for months now on the legal basis of the botched Seaborne Freight contract.

I warned the UK Government repeatedly about the consequences of failing to follow competitive tendering rules in the Seaborne Freight case and they repeatedly denied them. Now, they have had to pay out £33m to settle a lawsuit brought by Eurotunnel.

Transport Secretary Chris Grayling must now resign. He has behaved disingenuously throughout this fiasco and now his incompetence has led to the squandering of £33m.

I will be pursuing this when we return to the House of Commons on Monday.

Read more in The National here.