Joanna Cherry: The week that Westminster paved the way to reject a Brexit deal 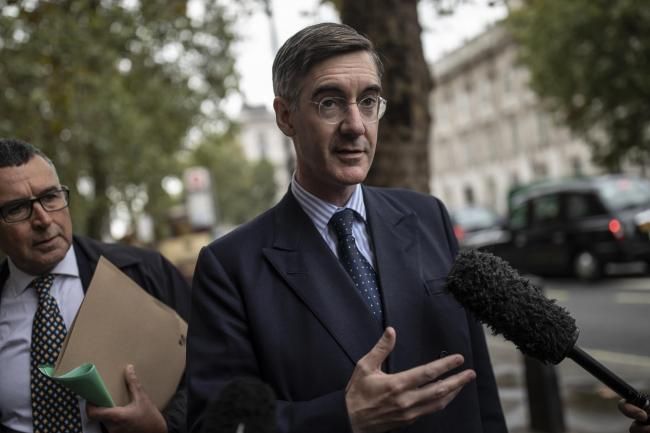 This article first appeared in The Sunday National on 16th September 2018.

As Westminster returns briefly after the summer break before rising again for the three-week conference recess, the only show in town is Brexit. Yet apart from a statement by Brexit secretary Dominic Raab on the first day back, PMQs and rather a lacklustre and poorly attended debate on the Monday of the second week, not much has happened on the floor of the House.

Most of the interesting action is off stage, as different Leave factions jockey for position; Boris Johnson once again resorts to a tasteless comment to get attention for his plot to unseat the Prime Minister, the European Research Group (ERG) go on manoeuvres, scaremongering about the consequences of no deal reaches fever pitch and the Scottish Tories try to concoct an implausible narrative that the problems of Brexit are somehow the fault of the SNP.

On the day before Parliament resumes, the Brexit Select Committee goes to Brussels to talk to Michel Barnier about the progress of negotiations.

He is negative regarding the economic aspects of Chequers, less so regarding the security aspects – and the debate over whether the Chequers deal is dead rages on resembling nothing so much as Monty Python’s dead parrot sketch.

On the first day back Dominic Raab looks like a frightened rabbit as he delivers his Brexit update, caught in the headlights of the sort of truck that will soon be backed up at Dover. I am reminded of the article by Marina Hyde, where she described the new Brexit secretary as having a face that says “I need to take back control of my sphincter”.

I attend a briefing by Best for Britain who are keen for a People’s Vote. I point out that as Scotland’s voters and parliament have been routinely ignored and outvoted throughout the Brexit process, if they want SNP support for a People’s Vote they will have to give us something pretty major in return, for example by conceding that it is the Scottish Parliament who should decide when the next Independence referendum is held.

On Thursday I head home to Scotland to attend the annual CBI dinner in Glasgow. There I detect an unfortunate note of resignation about the inevitability of Brexit.

The missed opportunities of the last independence vote are underlined when I speak with a major employer in my constituency who is opening an office in Dublin to cope with the likely loss of financial passporting after March 29, 2019.

At my surgery the next day, as happens most weeks, a constituent comes to see me keen for the SNP to get behind the idea of a People’s Vote.

It’s a subject which arises again on Sunday at the National Assembly in Edinburgh, where by far the largest discussion point is the Growth Commission’s currency recommendations.

There is concern that using the pound could mean that Scotland won’t have the independent monetary policy required for EU accession.

Many of us conclude that there is room for compromise on currency, with a shorter period of Sterlingisation leading into having our own currency. All are agreed there is an urgent need to formulate a policy which the whole party can get behind given the potential proximity of a general election, independence referendum or People’s Vote.

Back at Westminster on the Tuesday evening of week two the SNP group meets in a room right next door to the one where the ERG is meeting. We are sorely tempted to put a glass to the wall but there is really no need as they leak their plans to oust the PM in time for the 10 o’clock news.

On Wednesday morning I’m at Brexit select committee haggling over the draft of our latest report on the progress of the negotiations. Halfway through our lengthy discussion Victorian throwback Jacob Rees-Mogg announces he is leaving to launch the ERG’s report on the solution to the Irish border problem.

This comes as news to most of us and we are agog to hear what he will say. He refuses a preview but returns in time to vote against our report. The Remainers outvote the Brexiteers and we will produce another majority report next week giving a realistic update.

Our deliberations are interrupted by PMQs where I note the benches behind the Prime Minister are considerably more sparse than usual as many of the ERG are still at their launch. As usual Corbyn misses an open goal on Brexit and it is left to Ian Blackford to hit the back of the net.

Meanwhile, Juncker’s State of the Union speech in Brussels simultaneously scorns the Chequers proposals whilst still holding out the possibility of a deal which will keep the UK close to the EU.

The week peters out with more alarming warnings about the consequences of no deal as Dominic Raab insults British business and threatens to withhold the severance payments which have already been agreed with the EU.

At the same time, the Bank of England issue more dire warnings of financial armageddon in the face of a no deal, and an interv

ention from Vince Cable on the implications of a People’s Vote for a second independence referendum serves as a reminder as to why the LibDems are a spent force in Scottish politics.

So what does all this mean for the SNP? During the last week a visitor from a major Irish stakeholder told me that “Scotland has gone off the radar”. And it does indeed seem a long time since the First Minister went to Brussels in the aftermath of the EU referendum and Juncker said “Scotland has earned the right to be heard in Europe”. We must fight hard to put Scotland’s future back at the top of the agenda and work solidly to build alliances with our European friends.

It’s clear that the Tory Government is deliberately hyping up the consequences of no-deal Brexit so as to blackmail their opponents on all sides into voting for whatever deal Theresa May can secure – no matter how bad it is for the economy and how unpalatable to the ERG.

I don’t think the Chequers plan is dead and I believe it will probably be a springboard to a deal which the EU can live with, but for which there will be no majority at Westminster.

There is a serious chance of a deal by mid-November involving the UK backing down on the Northern Irish backstop and a fudged political declaration regarding the future relationship.

It is unlikely to be acceptable to the DUP or the ERG. Labour want a general election so most of them will vote it down and there are no circumstances in which the SNP could support a deal which takes Scotland out of the single market and the customs union, so we will also vote against.

In the event that Westminster rejects the deal, we must have a position on what should happen next.

The options would likely be a People’s Vote or a general election. If it’s full steam ahead to a no-deal Brexit or if Westminster votes to accept the deal, Brexit will happen, and in that event, we have to decide when to hold the independence referendum for which we have a mandate.

What needs to be understood is that the endgame is fast approaching and the Groundhog Day of the last two years will soon be over. Scotland must be prepared.