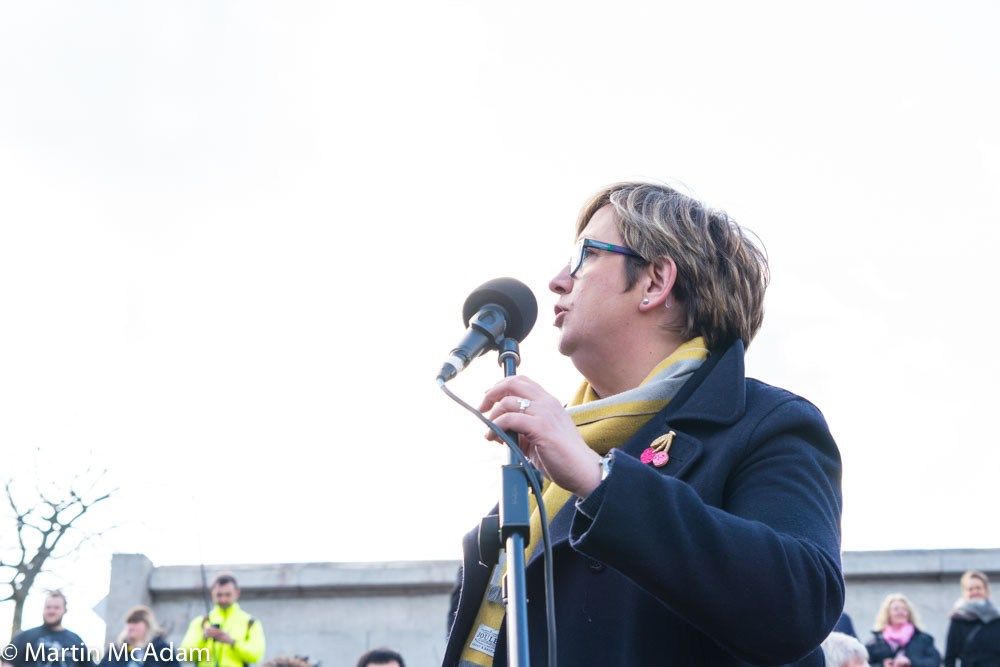 Joanna Cherry QC MP for Edinburgh South West and SNP Westminster spokesperson on Justice and Home Affairs, called upon the government to take steps to bring UK law on human trafficking into line with Scots law.

She pointed out during a debate on Modern Slavery earlier today at Westminster, that in Scotland the Human Trafficking and Exploitation (Scotland) Act goes further than current UK law. She explained that the Modern Slavery Act does not impose a duty on the UK Government to provide support and assistance for victims, but that there is such a duty in Scotland.

There are some private members’ bills in the House of Lords at present which seek to make the necessary amendments. The Scottish Government provides support for victims of human trafficking for 90 days, which helps victims to have a window of time within which to recover fully and take steps to making them less vulnerable in future.

Ms Cherry said: “This weekend I was pleased to be able to support the fundraising efforts of the Faculty of Advocates Tumbling Lassie committee which commemorates the Scottish Judiciary’s rejection of slavery in the 17th Century and exists to  raise awareness and funds for charities fighting against modern slavery and people trafficking and to help survivors in Scotland and beyond.

“The charities it supports include Community Safety Glasgow’s TARA service which provides advice and support to trafficked women who have been sexually exploited.

“Today at Home Office questions I called on the UK Government to to amend the Modern Slavery Act so that adult victims of modern slavery in England and Wales have the same statutory rights as they have in Scotland under the Human Trafficking and Exploitation (Scotland) Act.”

The Tumbling Lassie Committee is named in honour of a case decided by the Court of Session here in Edinburgh in 1687, Reid v Scot of Harden and his Lady.

The case concerned a young girl gymnast, known to history only by her nickname, “the tumbling lassie”.

The Court of Session in Edinburgh heard the case in January 1687. The Court dismissed Reid’s claim (of ownership), impliedly declaring the tumbling lassie free. The case report contains the trenchant observation: “But we have no slaves in Scotland, and mothers cannot sell their bairns…”